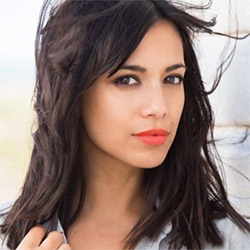 Emmerdale’s, Fiona Wade who plays Priya Sharma in the series, is joining the UK’s leading patient support charity, The Oesophageal Patients’ Association as Patron, in the charity's 30th anniversary year and the tenth anniversary year of her father’s death through oesophageal cancer.

Chairman of The OPA, Professor Bob Mason said: ”We are delighted to announce that Fiona Wade has agreed to become Patron of The OPA. This is an especially significant year both for Fiona and for our charity. To have Fiona, who has offered such enthusiastic support, as Patron and Ambassador will be enormously beneficial to our campaign to promote public awareness of the importance of early diagnosis of this lesser known but rapidly increasing cancer. Many more lives could be saved through earlier diagnosis and better treatment”.

Fiona Wade said: “I am so honoured to be Patron of The OPA and to support this wonderful charity that helps to create awareness and raise money for this little known but dangerous disease.  Early diagnosis by spreading awareness is absolutely key in saving lives from this cancer, so I hope we can carry on doing all we can to make more people aware and hopefully prevent others from going through what my father endured. Ten years ago I lost my Father to oesophageal cancer. It was a huge shock to us all and was all very quick. He was such an amazing person, the best father I could ever wish for and so very loved by everyone who knew him. He was also very healthy throughout his life which is also why it was so sad and shocking when he was diagnosed with this very sad illness.

I had never heard of this type of cancer before, which is also the sad thing about it all, as I feel to this day that if we had been more aware of oesophageal cancer or reflux disease, which leads to cancer of the oesophagus, then for sure earlier diagnosis would have made a difference and maybe saved his life”.

The Oesophageal Patients Association has supported many thousands of patients during the past thirty years. As an independent registered charity its aim is to improve survival and quality of life for patients with oesophageal and gastric cancer by increasing awareness and encouraging early diagnosis. Through its network of regional branches, former patients and experts from the medical profession work voluntarily to support and reassure patients, families and carers having to cope with one of the worst forms of cancer.